A difficult week for the club, with 4 losses and one win.

Focusing on the positive first, and a great 4 goal haul for the 4th XI against HSBC 4s. Goals spread across the park and some familiar names too, great to win another after a difficult week last time out.

The 1st XI game was an odd one. Too sloppy goals conceded, but on top for most of the game – we just couldn’t convert numerous chances into more. A tough defeat to take.

The 2nd XI took the game to extra time but exit the Cup competition they won last season, to a Weirside 1s team. Goals from Luka and the manager himself Kev, were not enough.

The 3rd XI battled well and were hard done by to lose on penalties after a close fought game, to another Weirside team. The 5th XI also struggled against a clinical West Wickham team.

More games this week, time to bounce back.

A delayed roundup, but two wins and a loss from three games last weekend, overshadowed by human garbage stealing from a number of the 4th XI.

A stunning comeback for the 2nd XI, winning from the old goal in five. We were actually losing until the 80th minute before smashing in three goals to advance to the next round of the AFA. Another goal for Ed after last week too.
A bad day for the 5th XI. In difficult conditions and after a few dropouts, an early injury to Charles and some questionable decision making from the ref, we succumbed to a strong opposition who handled the game better than we did.
Finally, despite a great win for the 4th XI who came back from 2-1 down, the game was overshadowed by thieves stealing a number of bags from the back of Ed’s car and taking off with everything. Despite a pursuit using find my iphone, the team were unable to retrieve their goods. The police have been noted, and a very minor consolation is that the draw for the next round should be positive for the team.
More games to come this weekend, make yourself available – Up the birds! And don’t forget: the Xmas do is the 9th December. Get it booked in now.
—

Last night, Phil Obi came on for the SAL Rep team vs. the AFC Rep team, in the Argonaut Trophy. 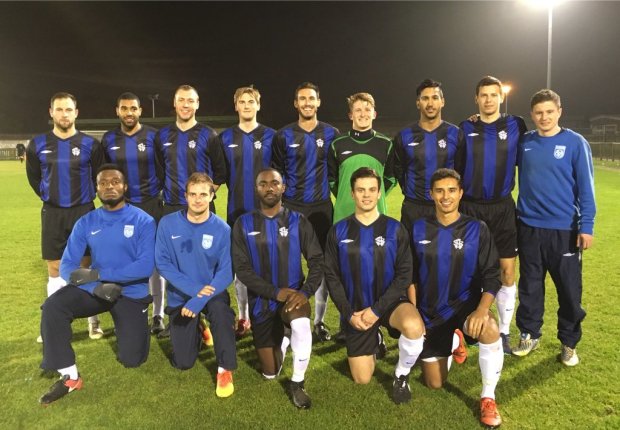 A great 5-1 win for SAL, and a 22 minute run out for Phil. Huge congratulations to him for representing the SAL and Ibis Eagles AFC. Plenty more appearances to come… 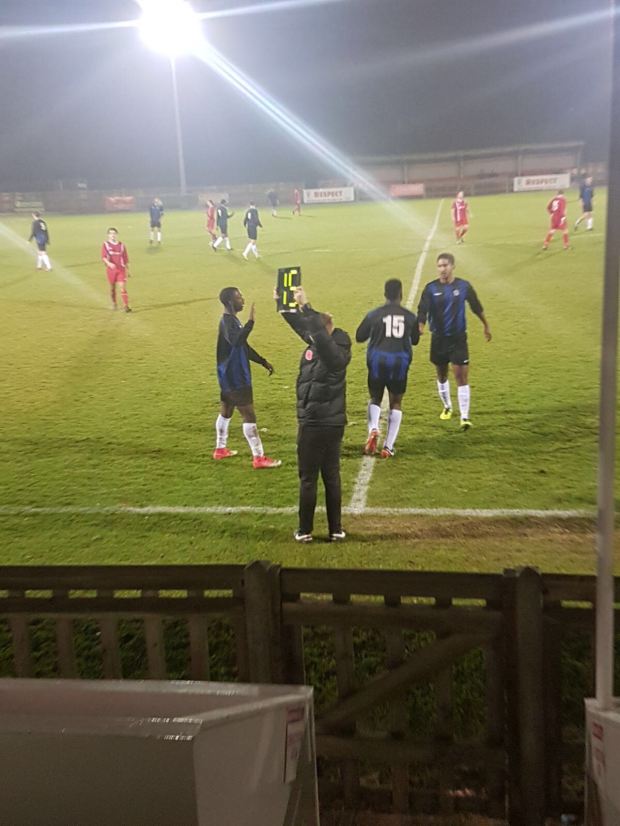 Two wins and two defeats this weekend for the club.

The 1st XI bounced back from two (cup) defeats with a comfortable win over Norsemen, in challenging circumstances. Slow to get into the game, the team took control with a goal from Jules after 25 minutes, before their striker was sent off for a head-butt.

Into the second half, and the team managed the game well. A second from Dan after good link-up play with Phil settled some nerves, but the number of opportunities we had in the latter stages meant we could and should have scored more. Resolute defending at the back, and a fine save from Mooney, ensured we kept them at bay before another of their players was sent off. An important 3 points, but a very unpleasant game.

The 2nd XI fared better than the last time out against the same opposition but still struggled to match the tempo and firepower facing them. One positive note was a goal from eventual MOTM Ed Marchant, dinking the ball over the onrushing GK just before he got there.

A great win for the 3rd XI vs. Carshalton. Great to see two new players on the scoresheet: a brace from Ed and another from Ezra. Equally a real positive to see Wayne there too.

The final game of the week ended in defeat for the 4th XI, in a close game decided by the odd goal in five. Nabeel and Nathan on the scoresheet there. Frustratingly for the 5th XI, another week without a game.

Three fixtures this weekend with the 2nd, 4th and 5th XI all in action. If your team is not playing but you want to, let your captain know and he can help find you a squad if necessary.

N.B Keep it in your diary that the Xmas do is the 9th December.

A nice antidote to the week before, with three wins out of four for the club, including a goal fest for the 4th XI.

The 1st XI were part of a bizarre game with South Bank.  Despite having more chances (estimate 15 vs. 9) we couldn’t make them pay, and although we came back to 4-4 from 4-2 with 5 minutes of normal time remaining, we came unstuck in extra time through a baffling offside decision from the referee.  Tough to take but ready to bounce back vs. Norsemen this weekend.

A great result for the 2nd and 3rd XI.  The 3rd XI came away with their second 1-0 (from a penalty) in three games, whilst the 2nd XI came out on top with the odd goal in five.  And then a select group of them went out for Luka’s birthday which would have been a very tame affair with no drama, no doubt.

Ed’s lads were rampant against EBOG after an initially tense start, going 2-0 up before the opposition pulled it back to 2-2.  The floodgates then opened with Nabeel, Dan, Gordon and Nathan all grabbing a brace in a comfortable AFA Cup win.

A full complement of fixtures this weekend (we hope).  More wins for the Birds to come!