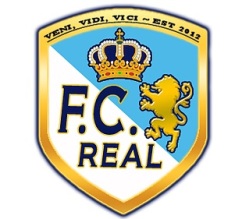 Ibis Eagles AFC also works in partnership with FC Real (http://www.fcrealfootball.com/), a club that runs multiple junior teams.  A little bit about them:

Development, Development, Development!
Co-Founders Jason Norris & Roselyn Munn have been adamant from the outset that focused development & the children’s fun would be the key to the success of the club. In its first 18 months of existence, FC Real has managed to place approximately 50 children into the Development Centres of professional clubs. Children from as young as 5 years are receiving the kind of coaching most children in grassroots football can only dream of. Approximately 53 children have been signed to Pro Clubs as a result of the club’s connections & subsequent introductions.

A Technical Game
“FC Real is a grassroots club, but we have a desire for all our children from youngest to eldest to play a high standard of football & of course most importantly enjoy the journey of development! Feeding the right child into the right professional academy is as much of a challenge as finding the right school for a child. I think, hand on heart, nobody in London’s grassroots football does that better than we do.”
Jason Norris, Founder FC Real

Independence
“Having observed grassroots football for a long while we wanted to ensure that the club’s alliance is with the children only – something that unfortunately doesn’t happen at times in football!
We are making sure our children are getting the chance to play high-quality friendlies with all the major academies outside of our regular training sessions which further aids their development.”
Roselyn Munn, Founder FC Real